In 2019, due to the advocacy efforts of this group and the support of the US Senate, the Senate passed S. Res. 223, and approved May 17th 2019 as “National DIPG Pediatric Brain Cancer Awareness Day”. However, it passed on May 23, and the designation was for May 17…but it was a powerful beginning.

Senators Marco Rubio (R-FL) and Jack Reed (D-RI) are championing the 2020 Senate Resolution and its process is different from that in the House: it gets introduced in early May with an immediate vote which must be unanimous for it to pass. We are asking folks to encourage their Senators to join on the bill as cosponsors ahead of its introduction (unlike the House bill) for a greater show of support, with hopefully a greater “buzz” factor–we can drum up more public awareness and support with that on twitter, and also to help ensure it’s ultimate passage this year!

DIPG Advocacy Groups letter to Senators will be posted here March 16th 2020 for your perusal and use, as well as a sample statement you can write in or call in to your Senate offices. 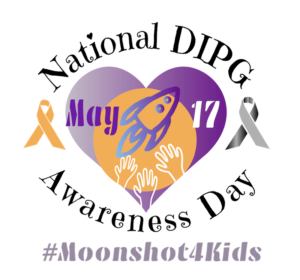 NBTS Hill Days right after ours :)