The Nature of the Rules

Article I of the Constitution imposes a few restrictions on House (and Senate) procedures—for example, requirements affecting quorums and roll-call votes—but otherwise the Constitution authorizes each house of Congress to determine for itself the “Rules of its Proceedings” (Article
1, Section 5).

This liberal grant of authority has several important implications. First, the House can amend its rules unilaterally; it need not consult with either the Senate or the President. Second, the House is free to suspend, waive, or ignore its rules whenever it chooses to do so. By and large, the Speaker or whatever Representative is presiding usually does not enforce the rules at his or her own initiative. Instead, Members must protect their own rights by affirmatively making points of order whenever they believe the rules are about to be violated. In addition, House rules include several formal procedures for waiving or suspending certain other rules, and almost any rule can be waived by unanimous consent. Thus, the requirements and restrictions discussed in this report generally apply only if the House chooses to enforce them.

From the website of House Majority Leader Steny Hoyer:

The following Legislative Protocols are proposed guidelines to help the Majority Leader’s Office schedule and consider legislation on the House floor.  While these aren’t the sole determining factors in the introduction of legislation, a good-faith adherence to the protocols will be necessary for legislation to be scheduled.

1) Commemoratives
Purpose
This protocol is meant to provide further guidance on House Rule XII, clause 5, related to the prohibition on scheduling legislation that is commemorative in nature.

Protocol
The Majority Leader shall not schedule any bill or resolution for consideration that expresses appreciation, commends, congratulates, celebrates,  recognizes the accomplishments of, or celebrates the anniversary of, an entity, event, group, individual, institution, team or government program; or acknowledges or recognizes a period of time.

A resolution of bereavement, or condemnation, or which calls on others to take a particular action, is eligible to be scheduled for consideration. 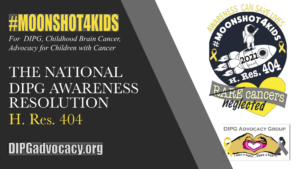